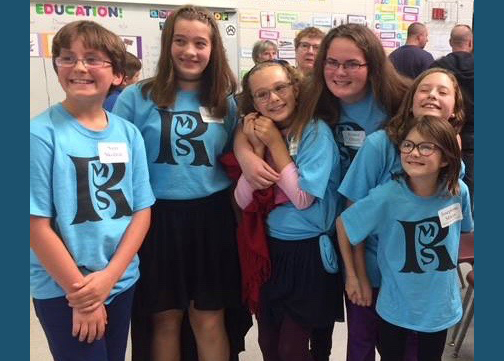 Congratulations to the Rumney spellers and their coach Lynne Woodard who recently won the regional spelling bee. Their next stop will be the state spelling bee on November 18th. Good luck!

Stage 32, the U-32 Theater program, is proud to present an intimate production of the acclaimed musical The Spitfire Grill by James Valcz and Fred Alley, based on the movie filmed in the Northeast Kingdom of Vermont in 1996.

The show follows recently paroled convict Percy Talbott, who is looking for a place to start over, and rural Gilead, Wisconsin, seems just the right place. She takes a job at the Spitfire Grill, a crumbling diner where the townsfolk congregate and gossip, run by an ornery widow named Hannah. Hannah has been trying to sell the diner to escape from the painful memories it holds, but the property has been on the market for a decade with no takers. Soon, Percy hatches a plan to hold a raffle for ownership of the Spitfire Grill – for one hundred dollars and an essay about why they might want the Grill, anyone can enter the contest. As the seasons change and rumors about her past build, the contest entries begin to roll in and Percy starts to realize that she’s not the only person in Gilead with a history.

Building on last year’s success of Cry Baby, which featured rock inspired music, Stage 32 looks to bring new life to this popular musical about rural America. When the show debuted in 2001, Billboard Magazine said “The Spitfire Grill is like a breath of fresh country air.” Stage 32’s Fall 2017 production of The Spitfire Grill will have you believing in the simple power of redemption. Family friendly. Tickets are $12 for adults and $10 for students and seniors. Tickets will be available at the door or you can reserve tickets at sverchereau@u32.org.