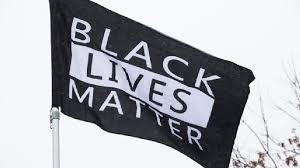 On April 4, exactly 50 years after Martin Luther King was assassinated, the U-32 School Board unanimously voted to fly the Black Lives Matter flag at U-32.

The Black Lives Matter movement was established four years ago to bring attention to the violence being inflicted on black communities. It has evolved into a movement that is focused on changing our world so black people can be successful economically, socially and politically.

A group of students approached the Board earlier in March with the request to fly the flag. They spoke passionately and eloquently about their experiences at U-32 and the hurtful comments they have had to face because of the color of their skin. They acknowledged that racism is not the biggest problem at U-32 but it remains a hidden problem and stems from ignorance. The Board agreed with the students that many people don’t realize the harm they are causing students.

The Board members and the students discussed the symbolism and importance of flying the flag. The hope is that for U-32, flying this flag is the catalyst for more in-depth conversations and trainings for all students and staff to increase awareness of race issues at U-32 and beyond. The administration recognizes these issues are uncomfortable to discuss but can no longer be ignored. Steps are being taken to incorporate more of this learning into the students’ and teachers’ school experience.

As Latisha Montgomery, a junior at U-32, so clearly stated to the Board, “It is not about someone’s life mattering more than anyone else’s life, it is about how my life matters the same as yours.”

The Board would like to thank Latisha and the students of BLAAMM (Blacks, Latinos, Asians, and many more) for raising this important topic. The Board hopes that the entire community will join in honoring and celebrating diversity.

U-32 seventh graders presented the books they made for district elementary first
The Farm to School group honored Cindy Gauthier in the garden on
On the evening of May 9th, U-32’s atrium was filled with students,
The Rowland Foundation, based in South Londonderry, Vermont, offers grants to Vermont
Go to Top